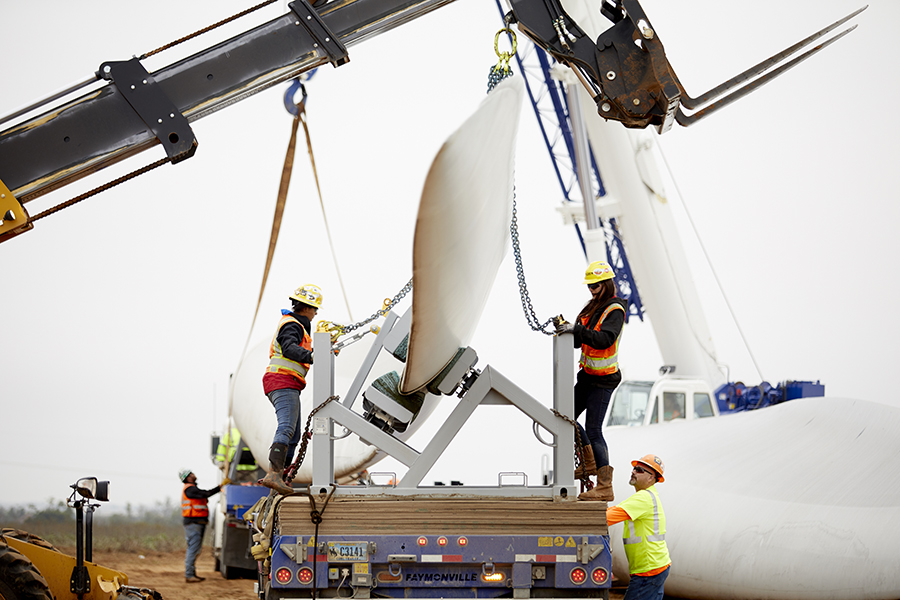 Worldwide employment in the renewable energy industry grew and shifted to new markets in 2018, according to a report by the International Renewable Energy Agency.

Released Thursday, the Renewable Energy and Jobs Annual Review found the industry had 11 million jobs worldwide in 2018, compared to 10.3 million in 2017. In the U.S., employment in the construction and installation segment and in operations and maintenance is concentrated in Texas, Oklahoma, Iowa, California and Kansas. Globally, employment is concentrated in China, Brazil, the U.S., India and European Union countries, with China making up 39%, or 4.1 million jobs.

However, countries such as Vietnam, Thailand and Malaysia were responsible for an increasing share of growth as all three countries increased production and exports as a result of foreign investment. Because of this, Asia retained 60% of total renewable energy jobs.

In the U.S., renewable energy fields with the highest employment are liquid biofuels, solar and wind.

Employment in the U.S. solar industry decreased for the second consecutive year and uncertainty about U.S. tariff policy delayed utility-scale projects, but project announcements surged once tariffs were lifted.

Solar jobs in Oklahoma increased from 739 in 2017 to 838 in 2018, but have fluctuated in recent years, according to The Solar Foundation.

Job growth should also remain steady, with a focus on ancillary jobs, such as manufacturing and maintenance of wind farms, Yates said.

A market report released by the Solar Energy Industries Association in March found that while Oklahoma ranks sixth in the U.S. for solar potential, it ranked 43rd in installation of new solar photovoltaic capacity in 2018.

“It’s a matter of evolution. It’s going to happen in Oklahoma,” Whitten said. “When solar was more expensive 10 years ago, it made a lot of sense not to do solar, so Oklahoma didn’t do it. But now the cost argument is just too good.”

Yates said the shift toward investing in solar energy is underway in the state and will be more visible in coming years.

“There is so much development in the pipeline across the Southwest Power Pool, that it’s just kind of getting in line. I think you’re going to see several large utility scale projects online in Oklahoma in the next couple years,” he said.